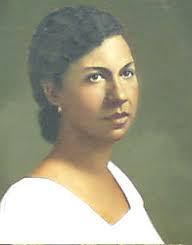 The sculptor Meta Vaux Warrick Fuller was a trailblazer for African American artists during the Harlem Renaissance. Fuller’s work focused on the diasporic identity of Black people and engaged in Pan-Africanist visual motifs. Fuller was born in Philadelphia, Pennsylvania in 1877, when post-emancipation Black artists were hardly allowed to seek formal artistic training in America due to racial discrimination. As a result, Fuller traveled to Paris to hone her craft in sculpting. She met political theorist W.E.B. Du Bois who commissioned her to create an artwork that would symbolize the musical and industrial contributions of African Americans in the United States. In 1921, her work titled “Ethiopia Awakening” depicts a Black woman unwrapping herself from an ancient Egyptian funerary dress that symbolizes a new articulation of the African-American identity. This sculpture is acknowledged as the first Pan-African American work of art, uplifting African Americans. Fuller wrote, “Here was a group who had once made history and now after a long sleep was awaking, gradually unwinding the bandage of its mummied past and looking out on life again, expectant but unafraid and with at least a graceful gesture.” Without Fuller’s work inspiring the Harlem Renaissance, there would be less exposure to art and creativity that represent the experience of this community for us all.