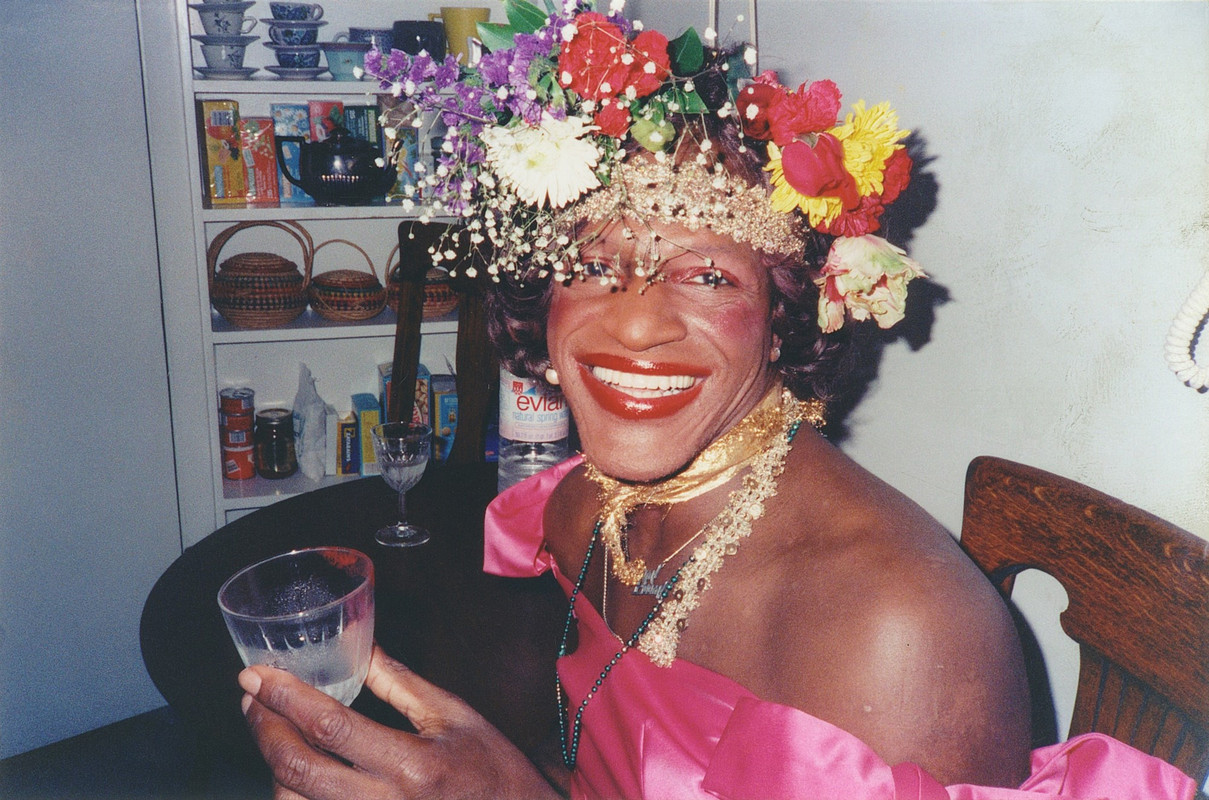 Marsha was born Malcolm Michaels Jr. to Malcolm Michaels Sr. and Alberta (Claiborne) Michaels on August 24, 1945, in Elizabeth, New Jersey. Marsha was educated in the Elizabeth Public School System and graduated from Thomas A. Edison High School in 1963. After graduating high school, she enrolled in the United States Navy for a brief stint. Marsha relocated to New York’s Greenwich Village to discover herself. As a transient, she turned to prostitution to survive and soon found a like-minded community within the nightlife of the village. She found joy as a self-made drag queen of Christopher Street, infamous for her unique design and costume creation. Throughout her discovery phase, she was referred to as Malcolm, and Black Marsha before settling on Marsha P. Johnson. The “P” stands for “Pay It No Mind.” Johnson quickly became a prominent fixture in the LGBTQ community serving as a “drag mother” helping homeless and struggling LGBTQ youth. Marsha was extremely successful and toured the world as a successful drag queen with the Hot Peaches. “I was no one, nobody, from Nowheresville until I became a drag queen. That’s what made me in New York, that’s what made me in New Jersey, that’s what made me in the world.” Marsha P. Johnson Although Marsha struggled with mental illness, she had a profound way of putting others’ needs before her own. Johnson remained in constant communication with her family and often returned home to Elizabeth in observance of the holidays. During her commute home, Marsha would invite wayward people to join her for a hot meal with her family. Marsha never visited home empty-handed, she would bring her nieces and nephews trinkets and flowers for her mother. Contrary to the belief, the family was very dear to Marsha’s heart. Her forthright nature and enduring strength led her to speak out against injustices. June 28, 1969, at the Stonewall Inn on Christopher Street, things turned violent after members of the LGBTQ community were harassed by the NYPD sixth prescient. Many eyewitnesses have identified Marsha as one of the main instigators of the uprising and thus, some have recognized her as the vanguard of the gay liberation movement in the United States. Following the events at Stonewall, Johnson and her friend Sylvia Rivera co-founded the Street Transvestite Action Revolutionaries (STAR) and they became fixtures in the community, helping homeless transgender youth. STAR provided services including shelter to homeless LGBTQ people in New York City, Chicago, California, and England for a few years in the early 1970s but eventually disbanded. July 6, 1992, Johnson’s body was found in the Hudson River off the West Village Piers. The police ruled she had committed suicide despite claims from her friends and other members of the local community that she was not suicidal. Twenty-five years later, Victoria Cruz, a crime victim advocate of the New York City Anti-Violence Project (AVP) re-opened the case. Johnson’s story is featured in Pay It No Mind: Marsha P. Johnson (2012) and The Death and Life of Marsha P. Johnson (2017) and Happy Birthday, Marsha! (2017). Marsha is honored as a Stonewall pioneer, a drag queen, an Andy Warhol model, an actress, and a revolutionary trans activist.