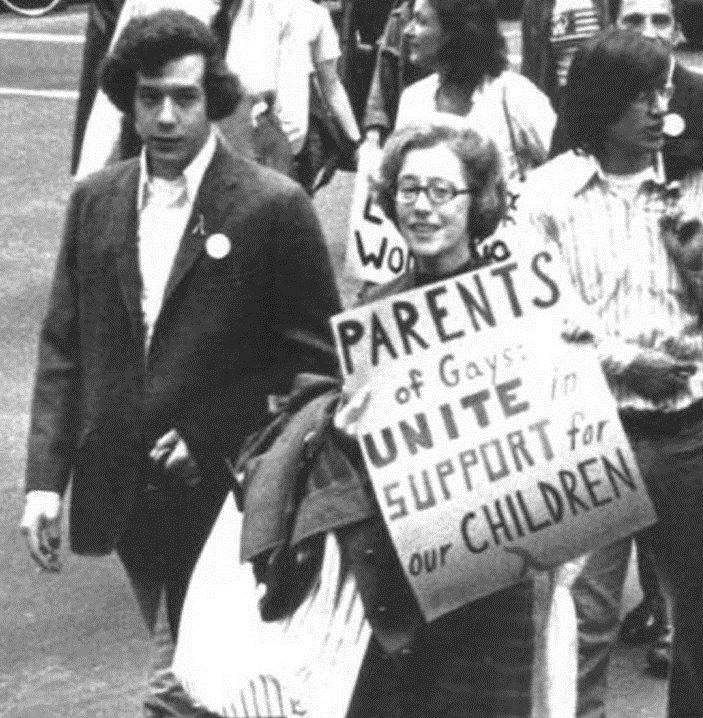 Jeanne Manford was a fourth-grade teacher at PS 32, who lived in Flushing, Queens. She founded the Parents and Friends of Lesbians and Gays (PFLAG) after her son, who was gay and was beaten because of his identity in front of the NYPD who watched and did nothing. She marched in support of her son and others as a parent who embraced their child no matter what and felt that everyone needed to support our loved ones for who they are/were. However, she had a lot of pushback as her views were considered "radical" in the conservative, almost suburban school. Jeanne died in 2013.