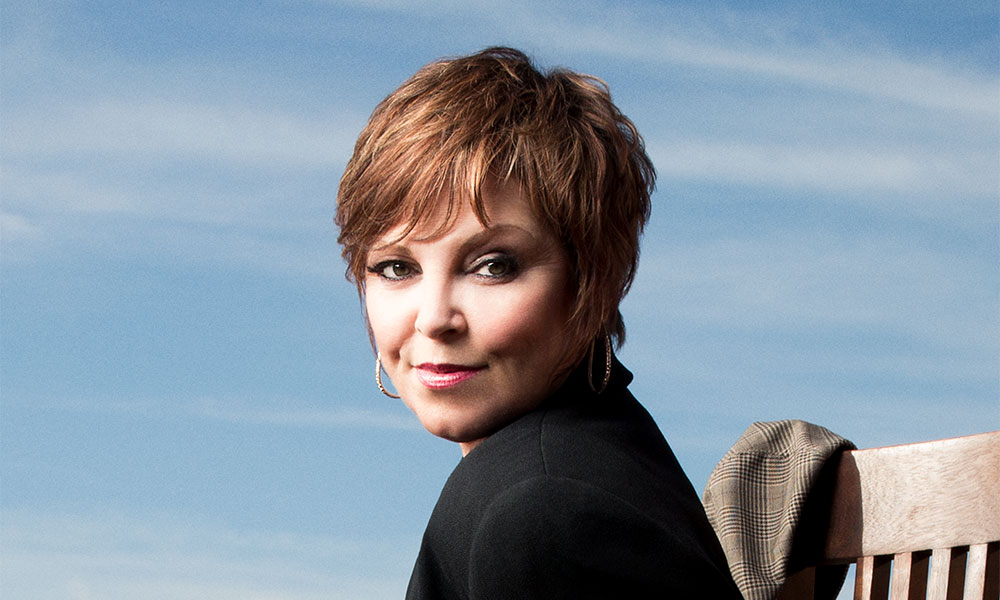 Pat Benatar was born Patricia Mae Andrzejewski on January 10, 1953, in Greenpoint, Brooklyn, New York City. She’s known professionally as Pat Benatar, is an American singer, songwriter, actress, and four-time Grammy Award winner. She has two RIAA-certified multi-platinum albums, five platinum albums, three gold albums, and 15 Billboard Top 40 singles, including the Top 10 hits "Hit Me with Your Best Shot", "Love Is a Battlefield", "We Belong", and "Invincible". She was nominated for a 2020 induction into the Rock and Roll Hall of Fame. Her mother, Mildred, was a beautician, and her father, Andrew Andrzejewski, was a sheet-metal worker. Her father was of Polish descent and her mother was of German, English, and Irish ancestry. Her family moved to North Hamilton Avenue in Lindenhurst, New York, a village in the Long Island town of Babylon. Benatar became interested in theater and began voice lessons, singing her first solo at the age of eight, at Daniel Street Elementary School, a song called "It Must Be Spring". At Lindenhurst Senior High School (1967–1971), she participated in musical theater, playing Queen Guinevere in the school production of Camelot, marching in the homecoming parade, singing at the annual Christmas Tree Lighting ceremony, and performing a solo of "The Christmas Song" on a holiday recording of the Lindenhurst High School Choir in her senior year. Benatar trained as a coloratura with plans to attend the Juilliard School, but decided instead to pursue health education at Stony Brook University. At 19, after one year at Stony Brook, she dropped out to marry her first husband, high school sweetheart Dennis Benatar, a U.S. Army draftee who trained at Fort Jackson, South Carolina, then served with the Army Security Agency at Fort Devens, Massachusetts, before being stationed at Fort Lee, Virginia, where he remained on duty for three years. Pat Benatar worked as a bank teller near Richmond, Virginia. True Love was a jump blues record, released in late April 1991, and featured the blues band Roomful of Blues, backing up Pat Benatar, Neil Giraldo and Myron Grombacher. The album sold over 339,000 copies without significant radio airplay and limited exposure on VH-1. "Payin' the Cost to Be the Boss", "So Long", and the title cut were released as singles. The album reached #40 in the UK and #37 in the US. It was certified gold in Canada for sales of 50,000 units, her first to not achieve platinum status and her last certified album for that country where it peaked at 22 on the albums sales chart. Gravity's Rainbow was released in 1993 and was a return to the AOR genre. "Everybody Lay Down" was picked up by Album Rock radio and went all the way to #3. The single was never released to Top 40/Contemporary Hit Radio and a music video was never produced. "Somebody's Baby" was instead released as the single to Top 40 radio and a music video produced. In Canada the album peaked at 44 on the albums sale charts. A third track was scheduled and a video shot for "Everytime I Fall Back", but the single was never released and the music video was lost when Chrysalis was sold to EMI Records. Benatar had become pregnant again and it may have had an effect on her label's support of the album. The tour for this album was only seven dates, cut short because of the pregnancy. It was Benatar's last album recorded for Chrysalis. With very little promotion from Chrysalis, Gravity's Rainbow failed to have the same commercial success as Benatar's previous work. According to SoundScan, the album sold approximately 160,000 copies in the United States. It is currently available in a two-in-one release with True Love. Benatar has released only one album of new material since 1997's Innamorata, which is 2003's Go. The album included the 9/11 charity single, "Christmas in America". A video was produced for the single "Have It All", but was never released until it was leaked on YouTube in 2012; the only video from this album is for the bonus track. They reunited with Holly Knight with Neil and Holly cowriting the tune "Girl". The hard rock title track "Go!" became a popular performance song for Benatar's future concerts. According to SoundScan, the album has now sold nearly 34,000 copies. In January 2017, Benatar recorded the song "Shine" to support the Women's March on January 21, 2017. This is her first original non-holiday recording in over 10 years. In September of the same year Benatar again teamed with songwriter and producer Linda Perry for the song "Dancing Through the Wreckage", which was the lead single from the soundtrack for the documentary Served Like a Girl. In October 2017 the song entered the Billboard Adult Contemporary Chart, eventually peaking at #22 in November. The song also received a nomination for Best Song from a Documentary from the Critics' Choice Awards.