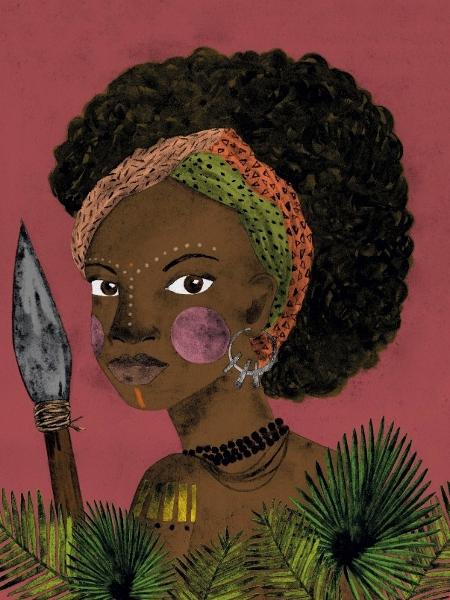 Madalena Caramuru, born at an uncertain date, was a Brazilian indigenous woman, considered the first literate woman in Brazil. Madalena was the daughter of the Portuguese Diogo Alvarez Correia with the Tupinambá Indian Paraguaçu, who adopted the Christian name of Catarina do Brasil. The family lived in the village of Salvador, in Bahia. In 1534, Madalena married the Portuguese Alfonso Rodrigues, who was the one who taught her literacy. The wedding is said to have taken place at the Church of Nossa Senhora da Vitória, in Salvador. After being educated and having access to books and readings, Madalena began to express concern for her people and the way they were treated by the Portuguese. [ 4 ] On March 26, 1561, Madalena reportedly wrote to Father Manuel da Nóbrega , then head of the first Jesuit mission sent to Brazil, since the education of the Indians was the responsibility of Catholic missionaries, between 1549 and 1757.[ 1 ] In the letter, she would call for an end to mistreatment of indigenous children and for women to have access to education, just as it was with men. Along with the letter, she would also have offered financial assistance to make this happen. Father Manuel would have been inspired by the ideas of Madalena to be able to integrate the people of the colony more and and he would have resorted to the queen of Portugal, Dona Catarina, in search of authorization for the implementation of the changes. But the Portuguese queen looked down on female inclusion in formal education. The opening of public women's schools would not come until 1827, with the enactment of the General Law. In honor of Madalena Caramuru, on November 14, 2001, the Post Office launched a commemorative stamp that symbolizes and honors the struggle for the literacy of women in the country