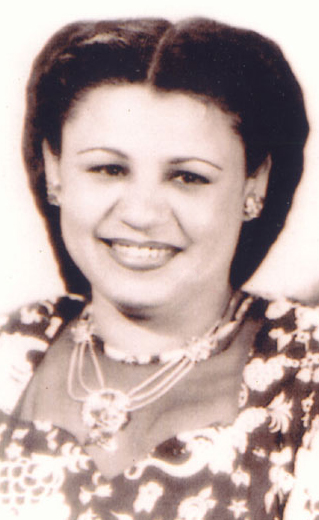 Felicita Mendez fought against discrimination in the California public education system and won in the landmark case Mendez v. Westminster School District on Feb. 18, 1946. This is the landmark case that is forgotten in civil rights history, Felicita's leadership and success paved the way for the Brown v. Board of Education triumph in 1954. Gonzalo Mendez went to school in Westminster school district as a child. After World War II when Gonzalo and Felicita Mendez moved into Westminister school district to enroll their children they were denied enrollment based on skin color. In Westminister, Orange County, El Medina, Santa Ana, and Garden Grove districts, children of Japanese Filipino and Mexican descent even if they were U.S. citizens, were not allowed to attend the "White" schools. On the first day of school in September of 1944, when Soledad Vidaurri, the Mendez children's aunt, brought her three children and the Mendez children to the 17th Street Elementary School, haft of them were denied entry. Gonzalo Mendez Jr. remembers what the school officials said to his aunt. "They told her, 'We'll take those three, but we won't take those three'" he says, and the reason being, "We were too dark," (Nance, 2007). The Mendez family teamed up with the United Latin American Citizens (LUCAC), and sued four local school districts, including Westminster and Santa Ana, for segregating their children and 5,000 others. The case resulted in the California legislature passing the Anderson bill, a measure that repealed all California school codes mandating segregation. The bill was then signed by the Governor Earl Warren, who years latter as the Chief Justice authored the opinion in Brown V. Board of Education, (paperlessarchives, 2009).